Self-driving buses in Linköping part of the EU project SHOW

The benefits of self-driving vehicles for people with disabilities are one of the focus area for a recently launched EU project linked to self-driving buses in Linköping, Sweden.

Two self-driving buses of different brands are in service in Linköping, Sweden, since late 2019. Together, they will traffic a route through the city’s university campus. In addition to transporting passengers, the buses are a rolling open-research platform.

A number of research projects based on the buses are already underway, including one that is part of the EU project named Shared Automation Operating Models for Worldwide Adoption (SHOW). 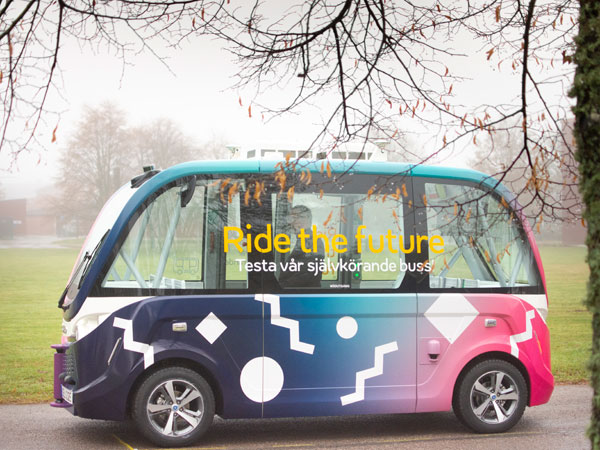 Two self-driving buses of different brands are in service at the University Campus in Linköping, Sweden. In addition to transporting passengers, the buses are a rolling open-research platform. Photo: Annika Johansson/VTI

One of the subjects studied during the four-year project will be the benefits of self-driving buses for people with disabilities. Another aim of the project is to identify solutions that make it possible to navigate obstacles in traffic using remote control, leaving the bus driver free to perform other tasks on board instead of manually steering the vehicle.

“We are delighted to be part of SHOW and that we can take advantage of our self-driving bus platform,” says Anna Anund, research director at VTI and one of the driving forces behind the Linköping self-driving bus initiative.

Other Swedish participants in the SHOW project are RISE, Transdev, Combitech and Eriksson.

SHOW is a comprehensive EU project designed to demonstrate advanced mobility concepts in real-world environments. It includes 69 partners in 13 countries, including Sweden. Demonstrations, which will include autonomous electric buses, passenger cars and goods vehicles, will take place in 20 cities throughout the EU. Vehicles will operate in both dedicated driving lanes and mixed traffic.

SHOW is the largest ever project of its kind and will have a total budget €36.36 million, of which €29.98 million will come from the EU. The project will run for four years.

The Linköping self-driving bus study has been awarded grants totalling approximately SEK 20 million from the EU.