Sustainability a long way off for aviation

It is hardly a secret that aviation must reduce its negative impact on the climate. This will require either less air travel or a breakthrough in sustainable aviation fuels. 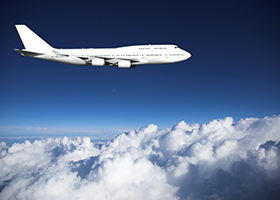 Passenger aviation forecasts point to a doubling in the number of air travellers by 2045. Photo: Mostphotos

Emissions per flight are decreasing, thanks to more efficient engines, lighter aircraft, more seats per aircraft, and more direct flight paths. Nevertheless, aviation still accounts for 2–5% of climate emissions, depending on the calculation method used. Furthermore, a large share of these emissions occurs at high altitude, which increases their negative effects.

During the session “Aviation’s climate challenge” at Transportforum, Anna Ullström from Transport Analysis reported on the evolution of Swedish commercial aviation since 1990. Overall Swedish commercial aviation operations have increased from 9 to 27 million passengers per year since 1990, while the subset of domestic aviation has remained essentially unchanged. Passenger aviation forecasts point to a doubling in the number of air travellers by 2045.

“It will take more than technological advances to offset such an increase in emissions”, said Ullström.

She stressed, however, that aviation contributes to accessibility and growth, particularly in sparsely populated and relatively large countries such as Sweden.

“The aviation industry has made major improvements in efficiency, and what is needed now are international regulations, political support, and clearly defined goals. But we are not in favour of new taxes and fees for the aviation industry”, he said.

Reduced-carbon aviation fuel does exist, but it is not yet continuously available on the commercial market. Greater availability will require international cooperation, according to Porsgaard.

Jonas Åkerman, who is a researcher in environmental strategic analysis at the Royal Institute of Technology, talked about measures to reduce greenhouse gas emissions from aviation, such as aviation biofuels, minimizing high-altitude emissions, and slowing the growth of air travel. He believes that, at present, aviation is nowhere near paying for its climate and environment impact.

He believes that one possibility could be a passenger tax, combined with a tax deduction for airlines that use biofuels. Another possibility is the introduction of climate declarations for airplane trips, so that passengers who wish to do so can take climate effects into account when making decisions about travel.

“We want to highlight the possibilities and for example we purchase biofuel corresponding to the amount of our own business trips by air. Our goal is fossil-free domestic aviation by 2030”.

She also reported on several pioneers in the field, such as biofuel producers in California, and talked about KLM, which uses biofuel in its departures from Los Angeles. In Scandinavia, low-level blending of biofuel is being carried out at Oslo Airport.

Palm noted, however, that the price remained high, with few producers.

“I hope that we can achieve large-scale production of sustainable biofuel in the Nordic region, but that will require the involvement of more actors, as well as clear-cut policy instruments”.

This article is a report from the VTI conference Transportforum 2017 (session 60). You find more information about the conference here (in Swedish). Text: Johan Granath

This entry was posted in Conference, Environment and Climate, Flight, Passenger Transport and tagged aviation, flight. Bookmark the permalink.