The effect of climate change will result in more extreme weather events causing for example increased risk of floods, and landslides, which will result in great costs to society. Therefore, society needs to prepare for the consequences brought on by climate change, an effort that requires prioritisation.

In a new study commissioned by the Swedish Transport Administration, researchers from VTI have developed the basis for a methodology supporting the Swedish Transport Administration’s planning of measures for climate adaptation of road and railway infrastructure. The methodology consists of consecutive steps to be carried out to assess how to prioritise where, when and which measures that should be implemented to reduce the impact and probabilities of climate change related events.

“It’s not possible to adapt the entire infrastructure to extreme events and our future climate. Therefore, it is important to have a method for which measures that should be prioritised”, says Yvonne Andersson-Sköld, Professor within Environment at VTI. 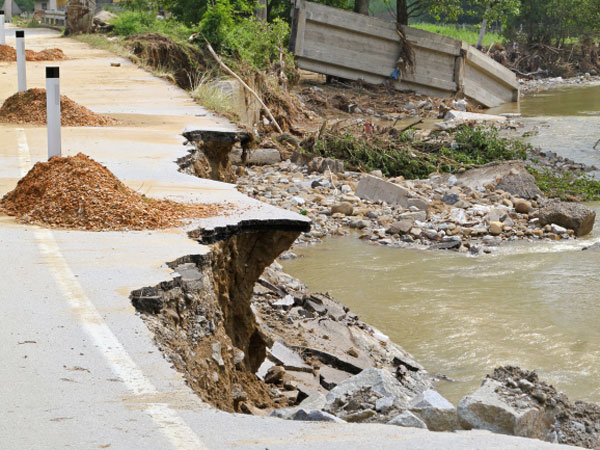 In the study, researchers focused on various cause-effect relationships for identification, assessment, and prioritisation of measures for climate adaptation of roads and railways. The impact of climate change is assessed from a short-term perspective, a medium-term perspective (2040), and a long-term perspective (2100).

The world’s climate is changing. According to NASA, the last five years have been the warmest since measurements were first taken 140 years ago. As the average temperature rises, extreme weather with more severe heat waves, storms, and heavier rain and thunder is becoming more common. Heavier rain means increased risk of floods and high storm flows that in turn means increased probability of erosion, landslides and structural collapses that can damage road and railway infrastructure.