Significant recycling of EV batteries 10 years away in Europe, sooner in Norway

Electric car batteries will be available for recycling or reuse in Norway from 2025, with a significant increase in volume towards 2030.

For the EU, the EU’s requirements for reducing new cars’ CO2 emissions will contribute to significant volumes, but only after 2030. This is the conclusion in a new report from the Norwegian Institute of Transport Economics. 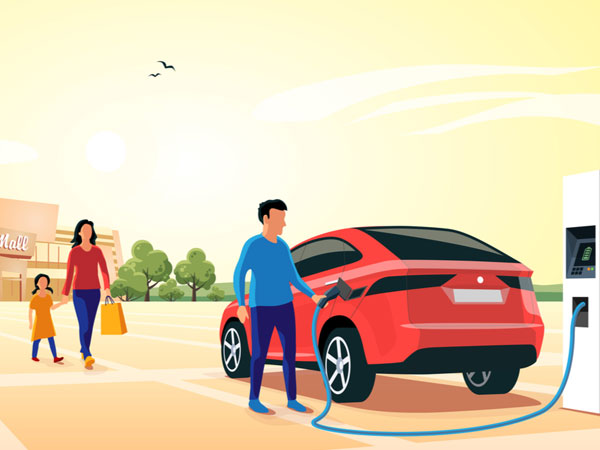 Norway has an ambitious target of only selling zero-emission passenger cars, Light Commercial Vehicles (LCVs, smallest class) and city buses from 2025. From 2030 the target also applies to the largest LCVs, 50% of trucks and 75% of coaches. The Norwegian targets work in tandem with European Union (EU) requirements for the reduction of CO2-emissions from new vehicles which leads to industrialization and increased availability of battery electric vehicles across all segments.

In the report battery quantities entering and leaving the Norwegian passenger vehicle fleet and becoming available for recycling were estimated to 2030. Since it is primarily passenger battery electric vehicles (BEVs) that will generate significant Li-ion battery volumes for recycling by 2025, calculations are limited here to this segment. 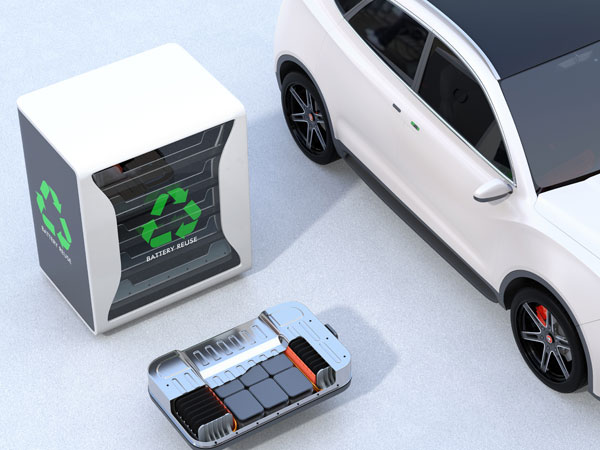 The result thus shows that the possibilities for battery recovery from electric cars in Norway from 2025 to 2030 are high. Here, no calculations have been made for Europe as a whole, but the volumes of installed batteries and batteries that will be available for reuse or recycling in the EU and EFTA countries, outside Norway, can total up to approximately twice the Norwegian volumes in 2025, and quadrupled the Norwegian volumes in 2030.

After 2030 the volumes will grow much faster in the EU than in Norway, since the EU’s CO2 requirements for vehicles, which means that car manufacturers must sell a growing proportion of electric cars, will only get full effect in the EU car market from 2020. During 2035-2040, around ten times higher volume of battery recycling / reuse may be available in the EU than in Norway, reaching around 20 times by 2040-2045. 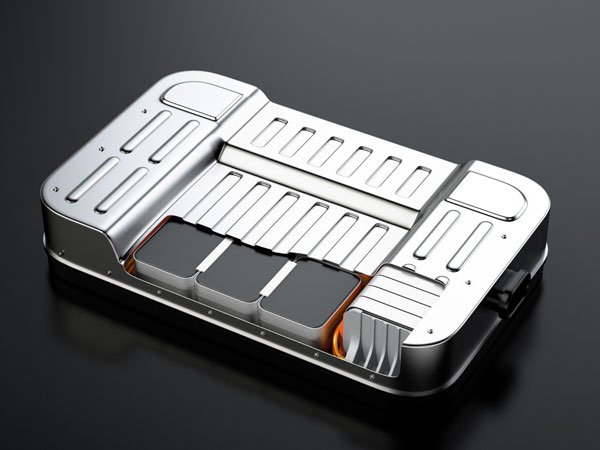 According to results, total battery amount used in new BEV sales in Norway was estimated to be 2.4 GWh in 2018, rising to ~8.5 GWh in the year 2030. Annual net stock change quantities of batteries (both in terms of the number of battery packs from individual vehicles and the quantity of batteries in kWh) are shown for the years 2017-2025 in Figure 1.

A negative number is assumed to be mostly attributed to scrappage and represent the Norwegian window of opportunity for reuse or recycling of end-of-life BEV batteries arising towards 2025. Estimated end of life battery quantity available for reuse or recycling from BEVs is around 0.6 GWh in 2025 for Norway. 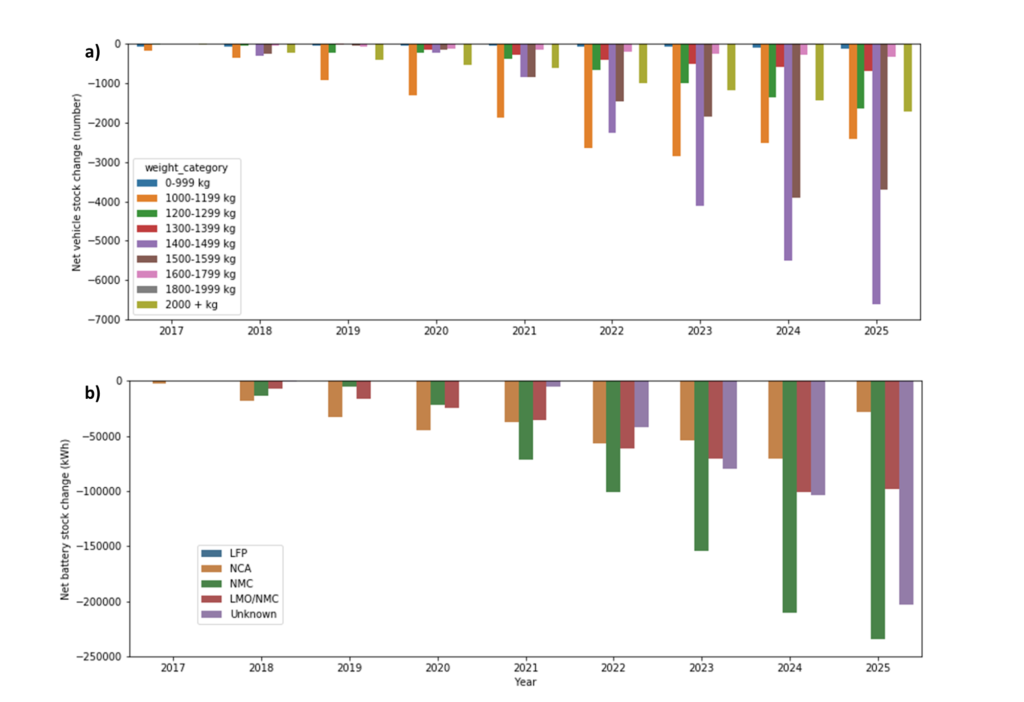 Figure 1: Annual net stock change quantities of batteries (from vehicles older than one year) for the years 2017-2025, both in terms of a) the number of battery packs from individual vehicles, and b) the quantity of batteries in kWh.

Uncertainties are relatively high in this analysis and stem largely from 1) uncertainties in the stocks and flow modelling, and 2) uncertainties in the assumptions of the battery size of vehicle models, towards 2030. In addition, no battery quantities were estimated from e.g. plug-in hybrid electric vehicles (PHEVs) or electric light commercial vehicles, which although smaller segments and PHEVs having small batteries, makes it likely that that the total number is underestimated.

The report was written as part of the BATMAN Innovation Action project which is funded by the research council of Norway (BATMAN – 299334) and the project partners.

Read the full report here:
From Market Penetration to Vehicle Scrappage: The Movement of Li-Ion Batteries through the Norwegian Transport Sector.