Opportunities for a new market in electrified regional flight

Large, electrified aircraft is far off in the future. On the other hand, there may be potential for a new market with smaller regional flights. These are the conclusions of a literature survey made by researchers at VTI.

Greenhouse gas emissions from the aviation sector have increased from just under 9% of total transport emissions in 1990 to just over 12% in 2018. In order to mitigate the climate impact of flight, electric flight has been brought up as a possibility. Researchers at VTI have conducted a literature survey on the possibility of fully electrified planes. 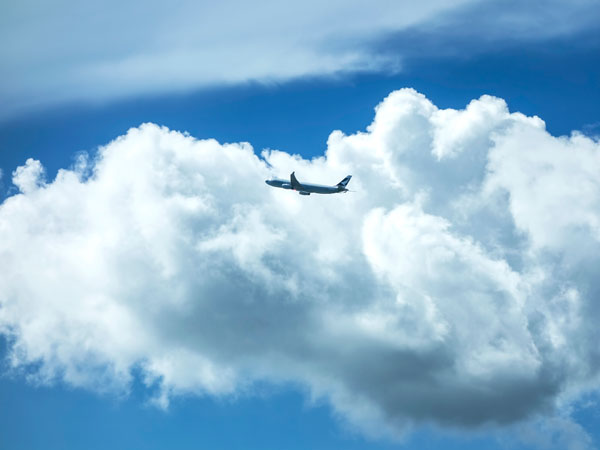 Researchers at VTI have conducted a literature survey on the possibility of fully electrified planes.
Photo: inbj/Mostphotos.com

In addition to battery capacity, there are many other challenges for electric aviation. Flight speed, the development of more efficient electric aircraft engines, and battery costs serve as examples. It is also important that consumers have confidence in the safety of electric aviation. The availability of the minerals needed for battery production must be assured. In addition, planes have a long life span, meaning that the system is slow-moving. A prerequisite for much of this is an intensification of research and development into aircraft design.

The report therefore concludes that the large, fully electrified aircraft remains far off in the future, if it are ever to succeed at all.

On the other hand, the study shows that there may be opportunities for a new market for smaller regional flights in the not too distant future.

“With appropriate policy instruments aimed at electric aviation, it could fill a market niche that has largely disappeared – flights with smaller aircrafts to small airports”, says Johanna Jussila Hammes, senior researcher at VTI.

Read more:
Johanna Jussila Hammes & Johan Salomonsson (2020): Commercial electric flight – a dream or reality: A literature survey to the possibilities of electric flight (in Swedish, with an abstract in English).

This entry was posted in Energy and Fuel, Flight and tagged electrified aircraft, electrified flight, regional flight. Bookmark the permalink.