E-scooters are making their way into the accident statistics

In Sweden the number of accidents involving e-scooters has increased from a few in 2017 to almost 500 in 2019 (January – October). This was also when electric scooters really made their entrance into Sweden’s largest cities.

Since electric scooters, or e-scooters, are a fairly new phenomenon in Sweden, there is not much research into their use. Per Henriksson, Jenny Eriksson and Åsa Forsman at the Swedish National Road and Transport Research Institute, VTI, have been engaged by the Swedish Transport Administration to investigate statistics on accidents involving e-scooters that took place in 2019, and also compare them to those for bicycles and electric bicycles. 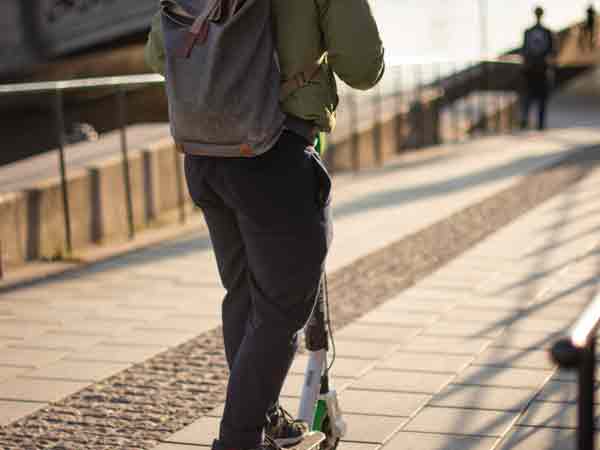 The number of accidents where e-scooters are involved has increased dramatically in Sweden.
Photo: Annika Johansson/VTI

There is potential for electric bicycles and scooters to contribute to the electrification of transport and thus make it more sustainable – if they are used instead of cars, for example. If they replace walking or cycling, then there will be no benefit for either the environment or health. On the other hand, they can provide time savings and give the opportunity to go where you want, for example for those who have difficulty walking or if the nearest bus stop is too far away.

“More research is needed on how these modes of transport are used and how they can better contribute to a sustainable transport system.”

Accident statistics reflect use of e-scooters

The research group has used data in Strada – an information system in which the police report traffic accidents and emergency departments report information about people who have sought care for injuries in traffic.

The e-scooter has its peak in the accident statistics on Friday and Saturday, and many accidents occur during evenings and at night. This is also when the most serious injuries occur.

“Based on the information we have, we do not know if those involved were under the influence of alcohol. But one might suspect that this could be the case on some occasions. For electric bicycles and bicycles, most accidents occur in the afternoons – probably when people are going home from work or to leisure activities.”

We can also see differences in age and gender.

“Most electric scooter riders who injure themselves are under the age of thirty-five, and then it drops quite sharply with increasing age. Few over 65 are injured, but among e-cyclists, almost a quarter of those injured are in this age group.”

Of those injured using e-scooters, 62 per cent are men, as opposed to 42 per cent of e-cyclists.

Only one in seven e-scooter riders wore helmets at the time of the accident. E-scooters are normally counted as bicycles (with some limitations), so there are helmet requirements up to the age of 15. It was also these who most often wore helmets, but even here there were many who did not. E-cyclists were more diligent, with six out of ten wearing helmets.

Åsa Forsman says that based on the statistics, they cannot say that one mode of travel is more risky, since the accident statistics reflect both accident risk and how the vehicles are used.