TRA VISIONS is a contest for young  and senior researchers in the field of transport in Europe. It is organised every other year on behalf of the European Commission in connection with the Transport Research Arena (TRA) conference. VTI was a partner of the consortium that organised TRA VISIONS 2020 and will have the same role in 2022.

“We have primarily worked on the contest for young researchers within the rail transport field. Regardless of the type of transport, the contest is designed to encourage young researchers to tackle the societal challenges in our current transport system. It is also an opportunity for them to be seen by an international audience, and also create new networks,” says Head of Department Birgitta Sandstedt, who served as project manager for TRA VISIONS at VTI. 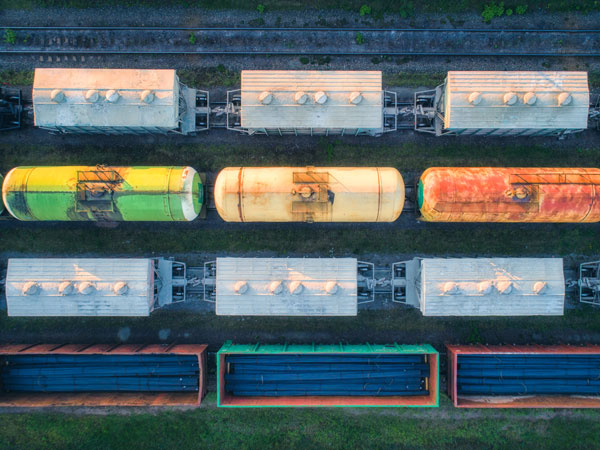 TRA VISIONS is a contest for young and senior researchers in the field of transport in Europe. Photo: Denis Belytskyi/Mostphotos.com

For the most prominent senior researchers, the prize is primarily to honour their achievements, but for the young researchers the prize also has a monetary value, with the first place-contestant awarded EUR 5,000. In the field of rail transport, the first and second places went to Sweden through Saad Ahmed Kahn, Luleå University of Technology and Visakh V. Krishna, KTH. The three top contestants also have their expenses paid to attend the conference and the prize award ceremony.

Shift2Rail, the EU’s partnership programme for research and innovation within the field of rail transport, has sponsored the contest for the young rail transport researchers.

‘Shift2Rail is the first European Union integrated rail research and innovation programme. The Rail Young Researcher Competition is a great opportunity to encourage young engineers and researchers to contribute to deliver the changes needed to transform Europe’s transport and mobility to reach its smart, safe and green potential through rail. This is why we sponsored the Competition this year, and look forward to doing so again as part of TRA VISIONS 2022’, says Carlo Borghini, Executive Director, Shift2Rail Joint Undertaking.

No young researcher from VTI has reached the top 3 so far, but there have been some successes on the senior side. In 2014, Research Director Astrid Linder got first place within the area of road transport, and was named the overall winner against the winners from the other fields of transport. Research Director Anna Anund was among the top 3 in this year’s contest in the road area.

TRA VISIONS has received funding from the European Union’s Horizon 2020 research and innovation programme under grant agreement No. 824293.