Several VTI projects are looking at the human factor of the railway system. One project looks at preventing trespassing on the railway tracks, another is looking for the root causes of human errors in rail traffic management.

When unauthorised people encroach on railway tracks, this creates major problems for punctuality, safety and a train driver’s work environment.

“In addition to the risk of accidents – sometimes fatal – trespassers on the tracks bring railway traffic to a halt. This results in delays and enormous costs,” explains Jan Andersson, professor of HMI – human-machine interaction at VTI. 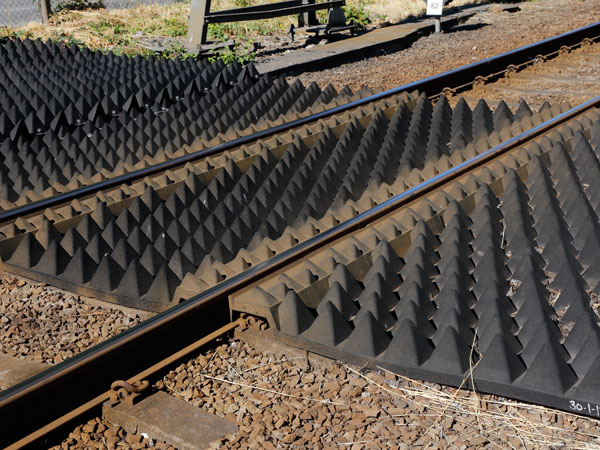 In one of the projects, VTI will evaluate a number of physical measures that the Swedish Transport Administration can put in place at three commuter train stations in Stockholm. One measure includes setting up different types of anti-trespassing devices such as pyramid panels that cause discomfort to people who walk over them. Other possible measures include lighting and placing signs with information about who to call if you see anyone encroaching on the tracks.

VTI’s assessment builds on surveys conducted before the physical measures were implemented and then at two one-year intervals.

“We will be talking to train operators and station staff about the areas they believe are most at risk. We will also be conducting an online survey with travellers about the safety and security at the stations,” says Gunilla Björklund, senior researcher at VTI.

Another project being conducted by VTI looks at increasing knowledge and understanding about the root causes of human errors in operational rail traffic management. The project consists of several parts, including a survey and evaluation of the support systems and procedures in place for reporting and knowledge transfer at Sweden’s transport operating centres.

Jan Andersson and Gunilla Björklund point out that “human error” is a misnomer.

“This indicates guilt. Instead, we should be talking about how staff/people get help to make the right decisions. To be able to understand, we need to realise that it is about the interaction between humans, organisations and the technical systems being used, where nudging* can be a practical approach,” says Jan Andersson. He continues:

“These are organisations with several layers of systems and barriers to prevent events from developing into unwanted situations. This is important, as it is not possible to protect yourself from incidents which could ultimately turn into situations gone wrong. The barriers are built into the systems, in the form of people, technologies and organisation who detect these unwanted events”.

However, circumstances could prevent certain things from being detected.

One such situation involves incidents caused when a train dispatcher’s workload is too high. Perhaps because many things are happening at once, and the workload becomes overwhelming. Two ongoing VTI projects are investigating train dispatchers’ mental workloads.

“We want to find methods and ways to prevent unwanted events from happening, for example situations that arise when a dispatcher is either overwhelmed or underwhelmed,” says Jan Andersson.

These measures may involve more clearly gathering information in one place, or reducing the size of the geographical area a dispatcher is responsible for.